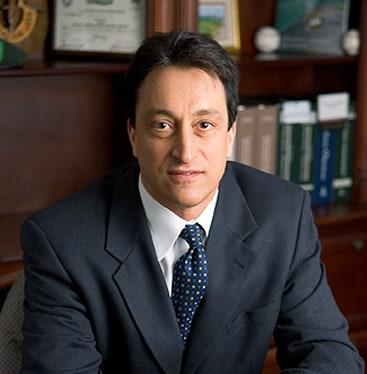 I am a unique Illinois lawyer who represents individuals, corporations and small business owners. I have two office locations to better serve you--one in downtown Chicago and one just outside Peoria.  If you have been seriously injured, physically or monetarily I am here to help you. I handle sexual harassment cases as well as employment law and discrimination cases, throughout the state of Illinois.

I help businesses put agreements in place and defend companies against employment related claims, including sexual harassment and discrimination issues.  I can help you navigate through the complex legal system. My priority is client satisfaction.  Unlike most attorneys I am available seven days a week and can work around your schedule.  I utilize technology to the fullest and leverage that knowledge to your advantage.

I also defend against housing discrimination and public accommodation lawsuits.  If you own rental property, contact my office for a check-up on the legality of your leasing process and agreements.  A little time and money spent on prevention can save a great deal of time and money on future litigation.

Because I have been practicing employment law since 2003, I have worked against most attorney in Illinois who defend employment claims.  This gives me a big advantage because I understand their tactics and their defense strategies.  This edge can result in more money for my clients and a more successful trial strategy if it comes to that.

I am a member of the federal trial bar at the Northern District of Illinois which allows me to take a discrimination or sexual harassment case all the way to trial-something other attorneys who aren't members can't do.  I am also licensed with the 7th Circuit Court of Appeals and United States Supreme Court.  I can take a case as far as it needs to go.

I am a former Green Beret with the 10th Special Forces Group, 1st Special Operations Command and I am familiar with the needs of servicemen and servicewomen.  As a special operator, I am tough, determined and I find a way to achieve my task.

I will provide you with personal attention and access 24 hours a day, 7 days a week. I will rapidly move your case along and recognize that you may want to potentially resolve your case quickly. I also have the resources and experience to take your case to trial if necessary.

Articles
Pete is widely published by a number of national publications.  Please visit the Publications section of this website to view a list of articles.

Pete provided free legal services to indigent people through Prairie State Legal Services. (2003-2009). I assisted many people with their legal needs; people who would otherwise not be able to afford quality legal representation.

Pete also provided free legal services to the families of men and women of the United States Armed Forces to help ease their burden while the service member is deployed overseas on combat assignments (2004-2009).

Non-Legal Activities
Peter was a faculty member at the University of Phoenix, Axia College where during various semesters he taught college writing, critical thinking and criminal law.  I am currently not teaching at the University.

Peter lectures for ten cruise lines, including SilverSea, Oceania, and Regent,  throughout the world on a variety of topics.  Peter has lectured in over 110 countries on all seven continents.